About Us and our Mission here at Burromax

Burromax is a St. Louis, Missouri based industry leader in recreational vehicles and power products. Our focus on quality and safety makes our feature rich products unmatched in terms of usability, ruggedness and above all enjoyment. Burromax products were designed and tested to deliver dependable performance – day after day, week after week for years to come. When you make the choice to purchase a Burromax product, you’ve made the choice to buy a better product. We think you will agree that we have the best products in the world in our segments. 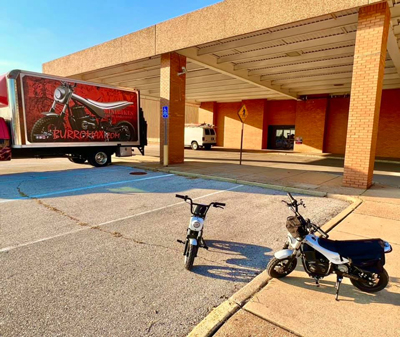 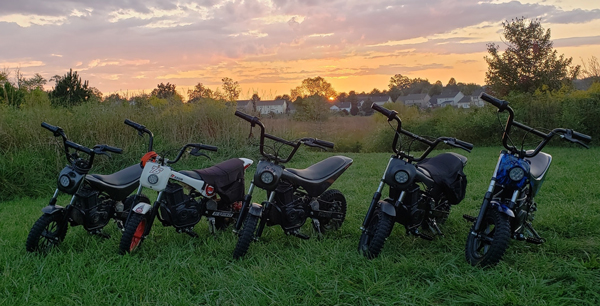 We design and source our own products

We are not just selling somebody’s mini bike! We are active in the design, sourcing and production of our products and back them up with first class customer service and spare parts, accessories and performance parts. We are engaged with our customers and strive to design what they are asking us for.


About the owners — The brothers 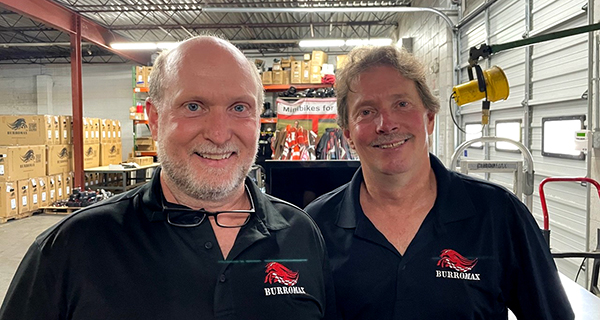 got his start in the motorcycle industry over 35 years ago at his families custom shop in St. Louis MO along with brother Bill. It wasn’t long before he was running the Drag Racing circuit in the all Harley Drags and learning a craft that would prove to be the “University” education that would bring Kenny into the design and manufacturing side of the business. In the late 90’s up until 2008 he was a key man in starting 2 new aftermarket Hi-Performance Engine Brands as well as numerous performance parts and custom parts for the aftermarket Harley-Davidson market. Serving in roles such as VP of Engineering as well as VP of Sales and Marketing, Kenny got a broad education on the business side and product life cycle management side of things and it prepared him for some larger projects yet to come in the mini bike world. After the crash of 2008 he got an opportunity to create a new brand of mini bikes and go karts for a large US Box Store under a new brand and took up a familiar role as VP of Product Development. In the years that followed he has designed and facilitated production for some of the largest OEM brands in the mini bike and go kart market and if you’ve ever bought one from a large chain store, chances are, they were designed by Kenny.

In 2015 a design idea change opened an opportunity for Burromax to come to life as the “better product” in the small electric mini bike market. Burromax is now a growing company with a passion to create a better product that we hope you will enjoy using as much as we do producing them.

went to North County Tech in small engine repair in St Louis MO in his sophomore year of high school and it was the beginning of a motorcycle career that has spanned over 40 years. His largest achievement was developing and marketing the Road Works Sub Shock frame with a couple of guys from St Louis that was bought out back in 1981 by Willie G Davidson himself from our family motorcycle shop in St Louis MO and that product would become the Harley-Davidson Softail in 1984. In fact we think the bike we sold him also inspired them to build the “fatboy”. Bill started working with Kenny in 2015 on some overseas projects that would become Burromax and has been active in the Design, Development and Customer Care side of the business since. If you’ve ever been to an NHRA event, or any event for that matter, that Burromax is a vendor at, you’ve probably met “Billy”. Bill brings a wealth of practical knowledge to the business and is our go to guy for Tech Services today.

In Order for us to serve you better please use the contact form below for any questions or comments regarding your purchasing experience. Our contact information is above if you wish to contact us via alternative means. Please let us know how we are doing by sending us an email. Thanks again for shopping with us and we hope to see you again soon!